Let’s start from the beginning…

Between 1980 and 1981 founder of our company, Jurand Mastalerz finished the School of Plastic with the specialization of Sculpture, after that he decided to create a private craft company focusing on producing small elements of gypsum to make features like statues, lamps, decorative elements for interiors (picture frames, mirrors, cornices)and moldings.

In 1985 due to the high demand for the so far produced articles one-man craft company transformed into a company employing a few employees. The offer was enriched by a series of patterns used indoors of the buildings. Among other things, richly decorated fireplaces turned out to be the bull’s eye of the company (They were designed by co-owner Jurand Mastalerz). In that time the first company logo was created.

In 1990 changes which appeared on Polish political scene, opened further the markets for our products. Poles began to see the advantages of beauty in their surroundings – especially in gardens. As a result of that the offer has grown. Small products for outdoor made from ordinary concrete were introduced. 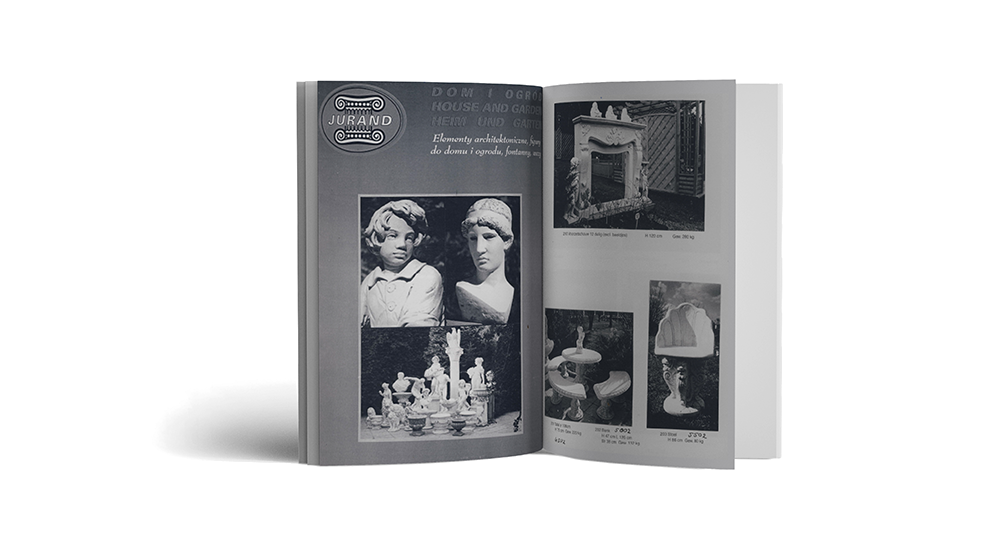 In 1995 the demand for products for gardens, exceeded all of the expectations. The range of horticultural products was expanded and products offered for the interiors have been relegated to a secondary priority. New models of fountains and planters were designed and introduced on a larger scale than previously. In accordance with the entering into a new range of products for the garden, a new logo was introduced.

In 2000 European Market became so receptive that we ceased the production of gypsum elements. From that time our company dealt only with the production of components for external use, improving all the time the material and finishing style.

In 2005 our products began to be available in the online stores in Poland and Western Europe. Our brand was experiencing a renaissance, and became one of the most recognizable in the market. To emphasize our main product range, new logo with the outline of the fountain was created.

Year 2007 brought key innovation. FineCrete technology is introduced and at the same revolutionized the market. Through the complexity of the production and products processing by the FineCrete technology, persons who have the expertise in composite technology, were not able to believe that we have created a material with such physical parameters to produce such detailed products. Laboratory tests were spoken clearly about the material that exceeds the physical properties of the most durable natural rocks.

Between 2008 and 2010 we introduced new methods of tinting with using the FineCrete technology. Due to the advantages of FineCrete, we began to design elements of public use, reproduced damaged historical elements with drawings and sketches. Our offer was enriched with a range of design services, installation, revitalization and maintenance.

Years 2015 and 2016 have given us the opportunity to tap into the advanced design of architectural elements. Thanks to our experience we have begun to revitalize the churches and other buildings, performing portals for windows, doors, moldings, ornamentation elements of the facades with the usage of FineCrete technology. To celebrate our more than 35 year history of the brand Jurand a new logo has been created. 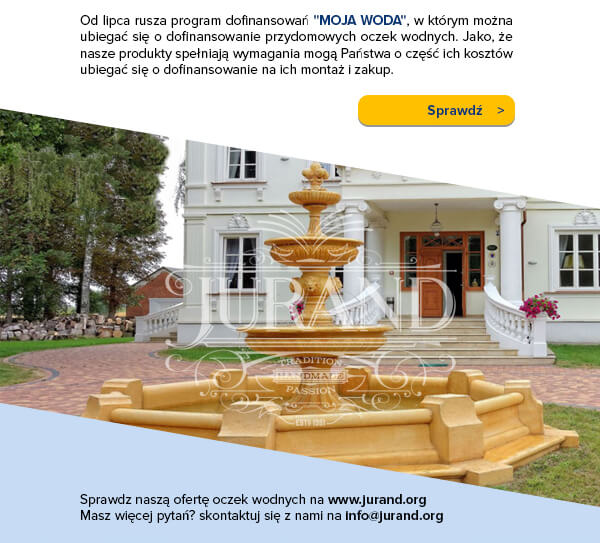